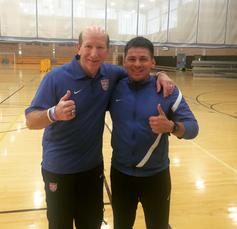 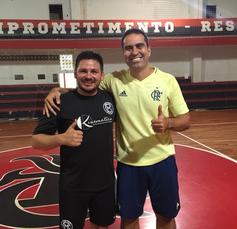 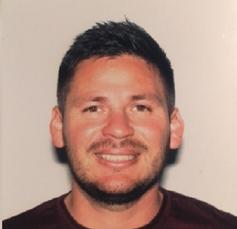 ​Joel is highly considered as one of the top youth futsal coaches/trainers from Southern California. He has studied futsal with members from the Catalonian Federation in Barcelona and members from the Rio de Janeiro Federation in Brazil. He has combined all the key concepts and methods from both of the "futsal powerhouse" countries (Brazil & Spain) in which he has created a unique approach to futsal training and developing players. His advanced knowledge and experience has separated himself from other trainers, coaches, and diretors in Los Angeles County, Orange County, Riverside County and San Bernardino County. Joel has proven success by winning Regional titles, National titles, and winning international competitions, along with mentoring and training players who have made the U.S. National Team for both futsal and soccer (youth). He has successfully established one of the most successful futsal programs (Internationally recognized club) in Southern California within the matter of 3 years.

Joel currently resides in Claremont, CA. He also works for a local school district where he works with "at-risk students".  He mentors student athletes at various school sights and develops after school programs. He has experience working with students from Pre-School to High school ages. He is currently looking to enter the field of special education which he has many years of experience through the school district and Claremont's Ability First program. He enjoys camping, nature, art, animals, and traveling. Joel is a "People person" and loves to meet new families and players.